DISCLAIMER! Long post for those who bother to read. I am not payed by either Yamaha or KTM, and I have bought and own both the bikes.

Here comes a comparison based on my experiences and preferences, so don't shoot me if you don't agree.

KTM’s 790 is extremely easy to drive. Because of it’s low tank and center of gravity, it is perceived as very easy to drive and well balanced. This bike is maneuvered nicely at all kinds of speeds and it is very versatile.

The T7 gave me a surprise. At low speed, this is the most easy bike I've ridden, both on asphalt and gravel. It is extremely light in the front and can be wheelied without further effort.

Overall, I think the KTM is nicer to run. The T7 gets a little too light in the front when driving at higher speeds. I feel that I have much better contact with the front of the 790 versus the T7, both on asphalt and gravel.

I love both engines in different ways. Yamaha’s CP2 is silky soft, undramatic and extremely forgiving. You can pull it up from 1500rpm without any problem and it is very versatile. In addition, it produces very little vibration and sound.

KTM's LC8 is on the other side of the scale. It asks to be whipped, is a mechanical orchestra when it comes to sound, and requires more speed. I experience this as virtually "useless" under 3000 rpm. On the other hand, the power is out of another world, and is a lot "faster" than the Yamaha CP2 engine. KTM has shorter movement on the throttle, you have to twist “longer” on the T7. Parts from R6 can be used to shorten the twist. T7 has a nicer sound with original exhaust.

The gearbox on the KTM is like a knife in hot butter, especially with Quick Shift +. It is so smooth up and down, regardless of engine speed, and is even softer than BMW's QS boxes. The clutch feels a bit heavy with active use, and I experience fatigue in my left arm.

Yamaha's gearbox also works very well. It delivers fine, never any uncertainty, and it is extremely well adapted to the engine and application of the T7. You can generally use 3rd gear from 30-80km/h on dirt roads without any problem. Also on the T7 I think the clutch is heavy to use, like the 790.

It is worth noting that the gear ratio on the T7 is a bit shorter than on the 790. This also makes the T7 feel quite fast.

Both bikes have very good suspension. The 790R has a fantastic suspension compared to the 790S and T7, but the suspension on the latter two is more than good enough. I think it is better to compare the 790S with the T7, as these are more similar. The suspension on the T7 begins softly but is stiffer through the compression. Because of this, it is extremely easy to drive. The 790S is also quite soft in suspension, but feels a bit "stiffer" from the start. All three bikes tackle roots, rocks, holes, dumps and all other terrain like a breeze, but the 790R is superior to swallowing continuous obstacles without "bouncing" off. The Yamaha "dives" less than both KTMs at low speed braking, making the bike easier to maneuver.

The brakes are very good on both bikes. I experience no difference in the brakes, except for the rear brake which I think has a slightly better "feeling" on the 790. Both bikes have a kind of "delay" on the front brake. You push the lever in, and it happens very little before it suddenly happens a lot.

Yamaha has made a bike that almost needs to be cranked up. Kidding, but it has practically nothing. You have a primitive ABS system that is similar to my old F650GS from the early 2000s. The system is a bit slow and you only have the option for on or off. I miss the opportunity to turn off only the rear.

KTM is in the top tier with Ducati and BMW when it comes to tech. Lightning fast lean sensitive ABS and traction control, several driving modes, Rally Mode on R (option on S), and this I myself have been extremely fond of. I drive in all kind of weather and conditions, and traction control is important for me. This system works really efficiently, and I promise you that I would have gone on my arse more than once without this, when driving in wet conditions with oil and diesel spills in the twisties.

KTM comes with LED in all lights from the factory. Yamaha has LED front / rear, and turn signal / sign light of old type. Both bikes have very good light. Low beam is better on Yamaha than KTM, and vice versa on high beam. The high beam on the KTM sheds and spreads the light better.

For me at 1.75m, wind protection is almost impossible, as I always get turbulence in my helmet. On the 790 I experience a lot of turbulence on both the S and R with the windshield in both positions. On the T7 I also get turbulence, but considerably less than on the 790. Big plus here! The 790 has better protection against the weather and wind of legs, because you sit "behind" the tank. The seat on both 790’s is more comfortable than the T7. Handguards are larger on 790. Can't say anything about the robustness of the T7 handguards, but at 790 they can withstand a lot.

Instruments on both bikes are easy to read and clear. A bit difficult to read rpm on the T7, but in return it is easier to read in the sunshine. You can scroll through the menu with the joystick on the right side, but you have to scroll around the entire menu as you can just scroll left.

The 790 has navigation, phone and music capabilities in the instrument, which is controlled by a left-hand button panel. Good buttons and many features. For some, it might be a little too many. Both bikes come with standard 12V outlets. Tank gauge of 790 counts from half tank, but is quite accurate. Tank gauge at T7 lives it’s own life, so did my MT07. The 790 has four optional accessory wires ready, two on ignition and two on constant current under the seat and in the headlight. The T7 has two accessory wires under the tank, and one on the opposite side of the 12V outlet.

The 790 is very well built with a really good finish. Everything is tight and nice, no slack anywhere and generally well built.

The T7 is also very well built, but as on the MT07, there are small things that pull the impression down a bit. T7 has a lousy patent on the tank cap. Proper Christmas party design. The mirrors on the T7 are small and unclear. Here, I would recommend Double Take Mirrors right away.

Both bikes have wire spoke rims.

Both bikes have the same consumption. About. 4L/100km for mixed driving and 5.5L/100km when ripping the road.

In terms of price, the service cost will be approximately equal, since KTM has longer intervals. Of course, this is based on following the service program of the respective brands.

Of course one can take into consideration what it will cost to "build" a T7 equal to a 790 in terms of equipment. Where the 790 uses the tank as a "crash bar", has original rear luggage rack, short license plate holder and LED flashlights you have to buy crash bars on the T7, turn indicators in LED, short plate holder, luggage rack and possibly navigation for "connectivity". Then you still do not have the assistant systems that KTM has, if this is something you feel you may need.

Then some thoughts in the end:

If the T7 came with traction control similar to the Tracer 900 and the ability to turn the ABS off in the rear at the current price, it would have been a great bike for my needs.

It is also worth mentioning that the 790R and T7 currently have a waiting list for February 2020, while the 790S can be delivered immediately. (In Norway.) 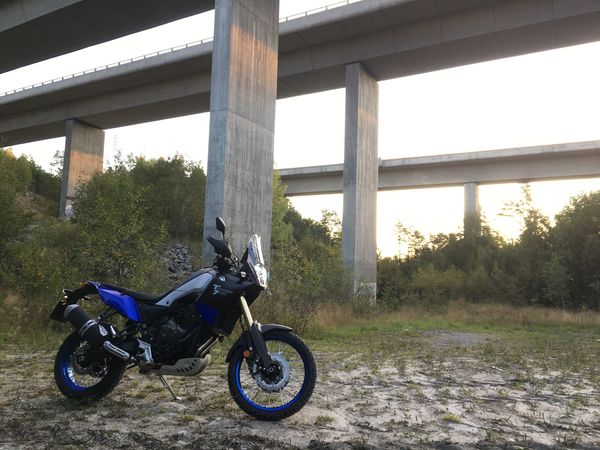 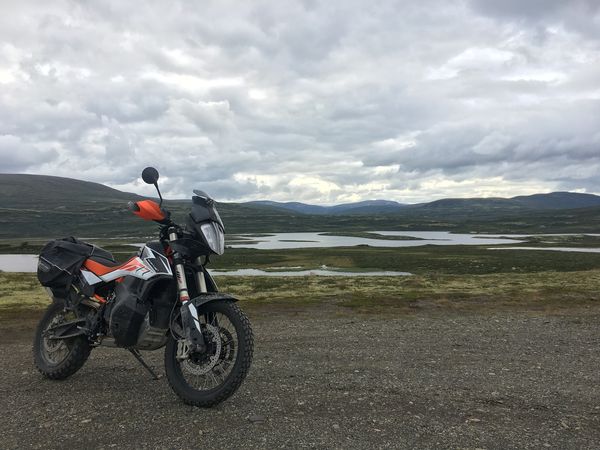